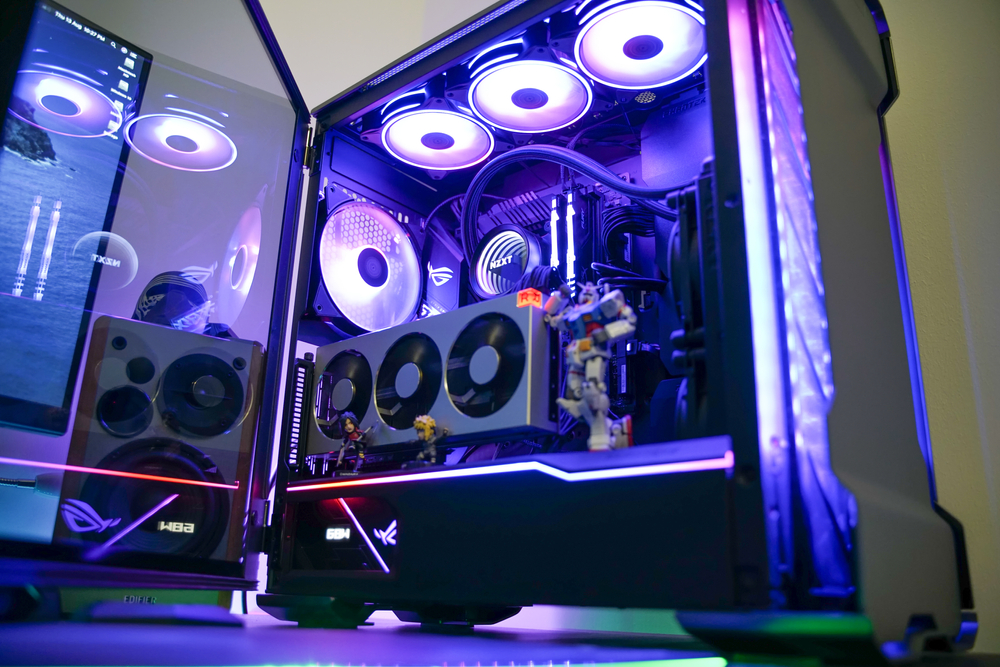 However, not all gamers or PC enthusiasts are familiar with overclocking. This leaves questions about its efficacy and versatility unanswered; luckily, this article will answer some of those questions for you.

There are a variety of components you can overclock in your system, all with varying effects on your FPS. In this article, I’ll discuss overclocking in detail, what effects overclocking has on other computer components, and whether or not it will help you much.

Overclocking is an effective way to increase the performance of a computer component. When you overclock a component, you increase the voltage supplied to that part, which increases the frequency the part runs at.

Frequency, in short, is measured in Hz and represents the number of times per second that component is able to complete a cycle or command from your software. So, by overclocking a component, you allow it to operate faster than its factory limitations.

An important note, however, is that the increased voltage generates more heat to the component. Without proper cooling, your component will overheat and cause instability or even crashing in your system. Overclocking components when your motherboard or even the component itself doesn’t support overclocking will cause similar issues.

When overclocking, always make sure that the component in question supports overclocking, as well as your motherboard. You also want to run stress tests at each increment of overclocking to make sure it’s stable, lest you crash your system.

Now that you’re familiar with the concept of overclocking, you can begin to understand how overclocking affects various components within your system. Each of the four primary components below can be manufactured to overclock, though each has a slightly different effect on your system’s performance.

It’s important to recognize the presence of the “silicone lottery”, a term used to describe the variations in manufacturing quality between each individual component.

For instance, you could take 20 Intel Core i9 processors and overclock them all to the same voltage. Each processor will handle the overclocking differently due to slight manufacturing errors and differences in silicone quality.

CPU overclocking is the most commonly discussed performance boost. AMD has a reputation for making its most recent processors overclockable; essentially every processor since the Opteron series.

Intel restricts overclocking more heavily to exclusive “X-series” or “K-series” processors, though the premise is the same. By overclocking a CPU that supports it, you’ll increase the frequency, or speed, that it runs at.

For graphics-heavy games like open-world games or RPGs, this can cause a noticeable improvement in FPS and processing power in general. To do so, you’ll want to make sure you have ample cooling for the processor and a motherboard that supports overclocking.

Failing to take proper precautions can cause damage to your components and motherboard, which creates far more problems than it solves.

While you won’t get the performance boost an overclocked CPU can provide, GPUs are easier to overclock. This is largely due to software like MSI Afterburner, which provides a simple interface that allows you to play around with settings to find the best fit.

By overclocking your RAM, you increase the speed at which your RAM can store and access temporary data, which is very helpful with large games or even intense multitasking. However, it has a minimal effect on FPS, since most GPUs incorporate their own, faster RAM storage.

You’ll see the largest difference when overclocking RAM if your system uses an AMD APU. These are processors with integrated graphics cards, which do not include their own RAM setup. So, they need to rely on the system’s RAM to function. This is where overclocking your RAM will help most with FPS.

By overclocking your monitor, you increase the refresh rate that the display refreshes at. If your CPU/GPU combination is capable of producing more FPS than your monitor can process, you’ll experience screen tearing or stuttering.

However, by overclocking the monitor, you can match the FPS output of your system and minimize those issues. For example, if your system can generate 144FPS but your monitor only runs at 120Hz, you can overclock it to get closer to 144Hz.

Is Overclocking Worth It?

Overclocking will almost always produce an increase in performance, though sometimes, the increase isn’t worth the risk of overheating your system. The times when overclocking your CPU has a noticeable effect are when your CPU is much older than your graphics card.

With an old CPU, you won’t be able to match the power of your GPU with default settings. By overclocking, you can get the CPU closer to the rate your GPU is operating at. This is where you can see up to a 50% increase in FPS.

Not all old CPUs are capable of overclocking, but the ones that are capable have a free solution to increasing your system’s performance without having to purchase a new processor.

Overclocking a newer CPU with an older GPU will only widen the gap between your CPU and GPU performance. In this case, you may increase the FPS slightly, but you’ll be more prone to screen tearing or stuttering.

This is where it would be most beneficial to overclock the GPU since that’s the component that needs to catch up.

Overclocking your CPU will generally increase your FPS to varying degrees. However, there are times where it would make more sense to overclock a different component, like your GPU or monitor (or even RAM, in some cases). By understanding where you system bottlenecks most, you can determine where your setup needs the extra power.

Can Overclocking CPU Cause FPS Drops?

It can, but only if your system isn’t set up to handle overclocking. Also, if your CPU is outperforming your other components by a wide margin, you might experience delays in FPS.

Is It Good to Overclock Your CPU?

It can be great for your system’s performance, but overclocking comes with the risk of overheating. If you don’t have ample cooling and a capable motherboard, overclocking a CPU can be worse than just letting it chug along at its normal pace.