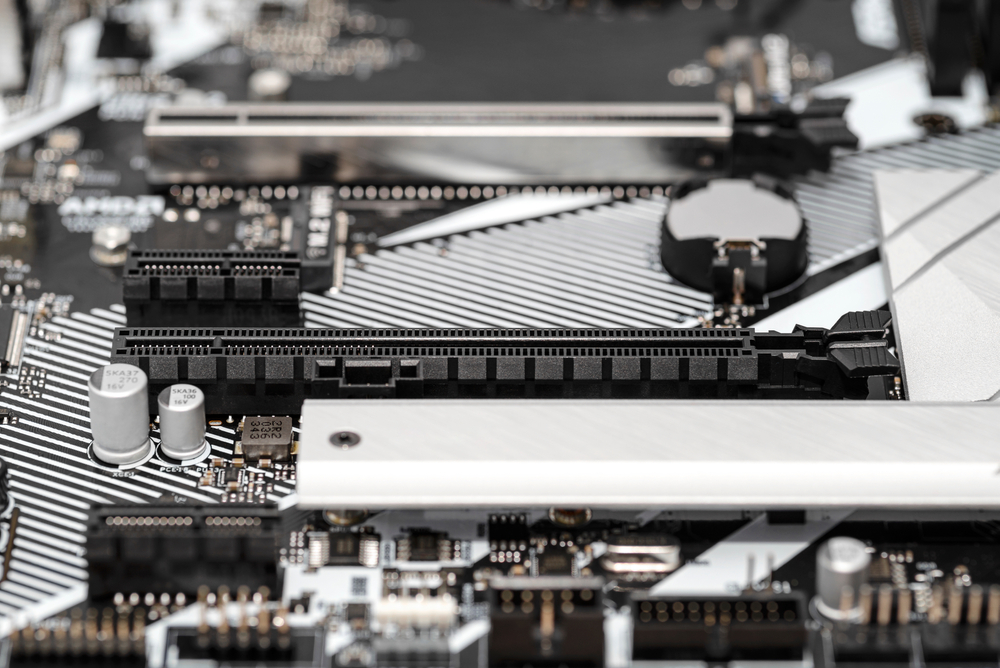 As you’re building a new computer or upgrading your current setup, dealing with so many names and versions of computer components may be confusing. Currently, PCIe 3.0 is the most common generation you’ll find on motherboards.

However, individuals with older builds may be curious if they’re able to use PCIe 3.0 expansion cards in a 2.0 slot.

Using a PCIe 3.0 expansion card in a PCIe 2.0 slot on your motherboard is perfectly fine. In fact, all PCIe generations are backward and forward compatible, so you can mix and match differing PCIe cards and slots to your heart’s desire. More specifically, all PCIe generations have the same physical shape and dimensions.

2.0 and 3.0 refer to how much bandwidth and speed the specific PCIe slot or card offers. So, there are some factors to be aware of if you do want to use a PCIe 3.0 card in a 2.0 slot.

However, I’ll go over everything you need to know about PCIe in this in-depth guide today.

What Are the Different PCIe Generations?

Before we dive into the specifics of PCIe generation compatibility, it’s essential to go over the differences between each generation.

As you’ll see in PCIe, your cards and slots are marked as x1, x2, x4, x8, or x16. This refers to how big the specific PCIe slot or card is. So, slots that are x16 are longer and have more bandwidth than PCIe slots with x4.

Furthermore, there are five different generations of PCIe from PCIe 1.0 to PCIe 5.0.

Let’s take a look at their specific differences:

As you can see, each newer generation of PCIe offers twice the transfer speed and bandwidth of the previous generation. Moreover, a PCIe 4.0 x16 slot will offer 31.508 GB/s, which is 16 times as fast as a PCIe 4.0 x1 slot.

In addition, an expansion card that uses PCIe 2.0 x8 can be inserted into a PCIe 3.0 x4 slot for the exact same performance.

If you have a new PCIe 3.0 expansion card you’re trying to install and only have a 2.0 slot available on your motherboard, you will certainly be able to use it.

Furthermore, you’ll be able to easily plug the card into the slot and begin using it immediately. There’s no additional setup or maintenance when using different generation PCIe cards and slots.

However, you should check how much transfer speed your expansion card requires to run at full performance. For example, if your PCIe 3.0 card is size x8, the most optimal 2.0 slot to insert it in is a PCIe 2.0 x16 slot.

However, you may not have any additional x16 slots available on your motherboard. If this is the case, plug the card into the next best slot and test out your computer to see if there are any noticeable performance inefficiencies. If so, you may need to consider upgrading the motherboard in your computer.

Is It Optimal To Mix and Match PCIe Generations?

Although you can mix and match PCIe generations, it might not be the most optimal solution for your computer.

The PCIe link in your computer operates at the speed of the slower component. So, if you’re using a PCIe 3.0 card in a 2.0 slot, it will run at 2.0 speeds.

This has a chance to throttle your computer depending on the specific speed requirements of the transfer card. However, if the expansion card is plugged into the correct PCIe lane, you shouldn’t face any noticeable performance decreases.

For example, if your GPU requires an x16 PCIe slot, always plug it into an x16 slot on your motherboard.

To answer the question one more time, yes, it’s perfectly okay to use PCIe 3.0 cards in PCIe 2.0 slots on your motherboard.

It offers a cost-effective solution so that you can make the most out of your setup without having to purchase an entirely new motherboard.

However, as I stated earlier, you may experience bottlenecks and throttling if you combine different generation PCIe cards and slots. Although this is a rare occurrence, it’s something that should be considered and examined.

When it comes to PCIe 2.0 or 3.0 for gaming, there is no drastic difference in performance. In a benchmark test conducted by Hardware Secrets, they tested PCIe 2.0 and 3.0 on five different games. They found that only one game, Dying Light, offered a performance increase on PCIe 3.0.

However, the performance gain was only 7%. So, using either PCIe 2.0 or 3.0 for gaming doesn’t make a significant difference in performance.

How To Check PCIe Slot Version?

The easiest way to check which PCIe slots are on your motherboard is by visiting the manufacturer’s website and finding the specs for your specific motherboard. However, you’ll need to know the exact make and model of your motherboard.

You can find it by typing “System Information” in your Windows search bar. Then your motherboard’s make and model will be listed next to ‘BaseBoard Manufacturer’ and ‘Baseboard Product’.