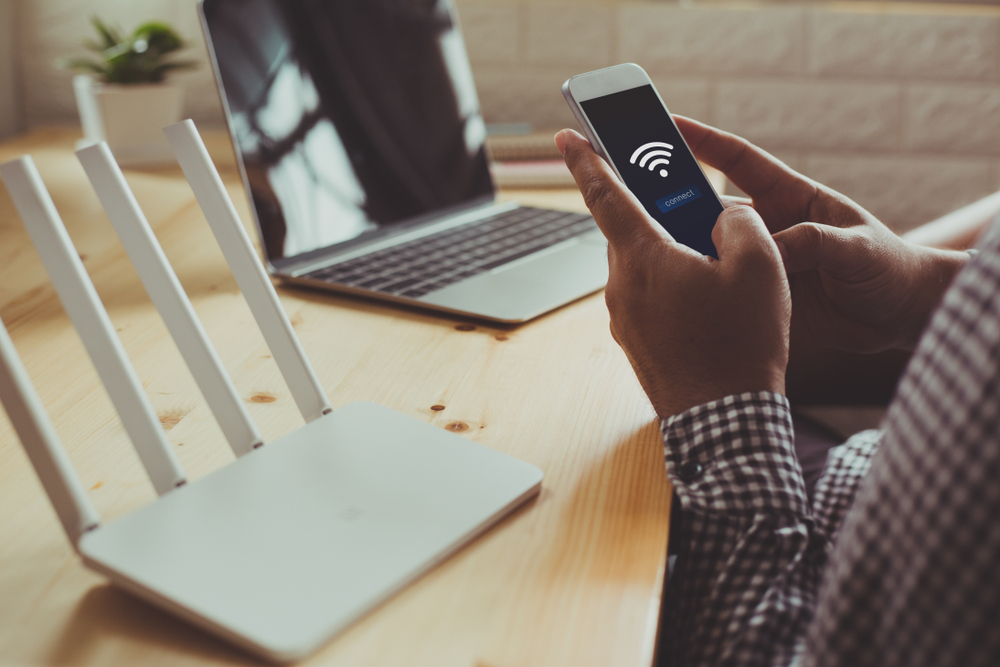 The Internet has come a long way since it hit the mainstream in the 90’s. The days of listening to your modem sing its cryptic song are long gone. The age of Ethernet and Wifi has come.

But which one is the better option? Do you have to give up speed for a wire-free experience?

Under ideal conditions, Powerline is faster and more stable. Powerline offers better speeds and ping but relies on how your home’s existing infrastructure. Your home needs to have specific internal wiring, or your speeds will suffer. Wifi is cheaper and easier to set up, but you sacrifice speed and stability for a clutter-free experience.

In this article, I want to cover both options in a fair light. Each one has its benefits and drawbacks, which fit different people’s needs. Plus, who wants all these wires across their houses?

What Actually Is Powerline?

You’ve most likely never even heard of Powerline, despite it being around for the last six years or so. Powerline is a network solution that sends a data signal through the wiring inside your home.

Powerline is a set of plugs that have ethernet ports. One connects to your router, and the other plugs into the wall near the device you want to hook up to the network.

These plugs use your home’s wiring to send the ethernet signal across to any number of receivers, up to 300m. This even works across different floors of your home.

This networking solution sports some of the highest speeds available. A network can support up to 2000Mbps, as long as you’ve got outlets.

The downside of Powerline lies in its advantage. If your house’s wiring is dated, it becomes unusable. The socket you plug into also needs to be in an outlet that isn’t shared with appliances or chargers.

Powerline adapters can be hit-or-miss. It’s hard to tell without actually buying them and trying for yourself. You may also need to try several outlets before you get the best connection.

Naturally, for gaming, you want to have the best speed possible. Nobody wants to lag out and ruin their game experience.

Most manufacturers of Powerline devices advertise that top speeds are up to 1000Mbps. Some enterprise tech can reach double that, but it’s pretty expensive.

According to testing from TechAdvisor, every device they tested didn’t even come close to their advertised max speeds. Several of them only included 10/100 Ethernet ports, meaning they are locked at 100Mbps max.

Wifi, on the other hand, has a cap of 1300Mbps on a 5Ghz network. Yet, it’s extremely common for Wifi networks to operate well under the max. According to Lifewire, the actual speed for a modern Wifi network is around 200Mbps.

Wifi wins this round, but it’s a close call. In an ideal home, I think Powerline has the edge.

Why Not Use Ethernet?

Ethernet has been the go-to standard for years now, and I don’t think it’ll be replaced anytime soon. There’s no need to worry about interference, routers, or your home’s outlets.

Yet, not everyone can put up with running long cables all across your house.

Pets, kids, or just the unsightly look of cables are major reasons to use one of these alternatives. Modern ethernet connections still have the fastest speeds possible, and Cat5e cables are cheap.

Is Wifi More Stable than Powerline?

Stability is the second most important factor when it comes to networking. You can have internet as fast as you can afford, but nobody wants your connection to drop every few minutes.

Wifi is notoriously bad at staying stable. It has to fight with all the other devices on the same network, and a lot of older routers can’t keep up. Having a Dual-Band router is a great solution to this problem.

Powerline struggles to stay stable based mostly on where it’s plugged in to. Oftentimes you’ll also need to test several outlets to see which one works. You need to find one with no interference from outside sources. Check for phone chargers or appliances on the same breaker.

Network range is an issue for both options, and I want to make sure to mention both have downsides.

While Powerline can sport a much wider range, it’s still dependent on the wired inside your home. If your home’s internal circuits are older or cheaply made, the range can drop from 300m to half that.

Wifi ranges are affected by everything. The two biggest factors are physical objects like walls, followed by other wireless networks. Picking where you place your router is an important step.

What Are the Benefits of Either One?

Naturally, each networking option has its own pros and cons. I want to list a few of each, but this is by no means a comprehensive list.

One huge factor in this debate is the newest iteration of the wireless network. Wifi 6 is slowly starting to roll out to newer devices, and with it comes a huge improvement to speed and stability.

Wifi 6 reduces the stability issues related to bandwidth. It can manage many devices much easier now, which means your connection is more stable.

Remember when I said that most wifi routers only use half of their speed? With Wifi 6, that issue is no longer a problem. Performance numbers seem to be on par with ethernet speeds if your device supports it.

Yet, this does mean that you need to have devices that support it. If you’re an Xbox gamer, sadly neither the Xbox Series X nor S supports Wifi 6. Same for the Nintendo Switch. Thankfully, Sony did include it with the PS5, if you can find one.

You’ll also need to upgrade your motherboard or buy a Wifi 6 network card/USB receiver if your PC doesn’t support it.

The Winner (It’s A Surprise)

Ethernet is still the king. For now, at least.

Powerline is a fantastic technology, but it’s far too reliant on your house’s wiring to reach its peak. In an ideal setup Powerline is the clear winner, but it’s not possible for now.

If you do want to try Powerline, go for it! But be wary.

I and many other people recommend that you buy from a retailer with a generous return policy. It’s better to test how your speeds work with a single pair, instead of going all-in for it to fail.

As far as Wifi goes, it’s a fine solution.

But that’s it. Fine.

Perhaps when Wifi 6 becomes more widespread over the next few years it can become a bigger contender. But with the lack of support from Microsoft and Nintendo, we won’t even see that become a feature until the 2030s.

What’s the difference between Wifi 5 and 6?

Wifi 6 offers nearly four times the speed. It also can manage more devices on a single network better than ever. Not all devices currently support Wifi 6, so you may need to check before going out to buy a new Wifi 6 router.

Why aren’t my Powerline speeds as fast as they’re supposed to be?

Powerline depends on a lot of external factors. It cannot be plugged into a surge protector or UPS system, only the outlet.

Check to see if one of the plugs is shared with an appliance such as a microwave, or maybe a cell phone charger. If none of these solutions work, it may be your house’s wiring.

Why is my Wifi speed not the same as my Internet speed?

Wifi networks that operate on Wifi 5 or below are unable to reach their maximum speeds. It’s an unfortunate part of the technology. Wifi 6 has solved this limitation, but it’s still a new technology.

Can I Upgrade My CPU Without Changing My Motherboard?

Why Is Only Half of My RAM Usable? [Find Out Now]