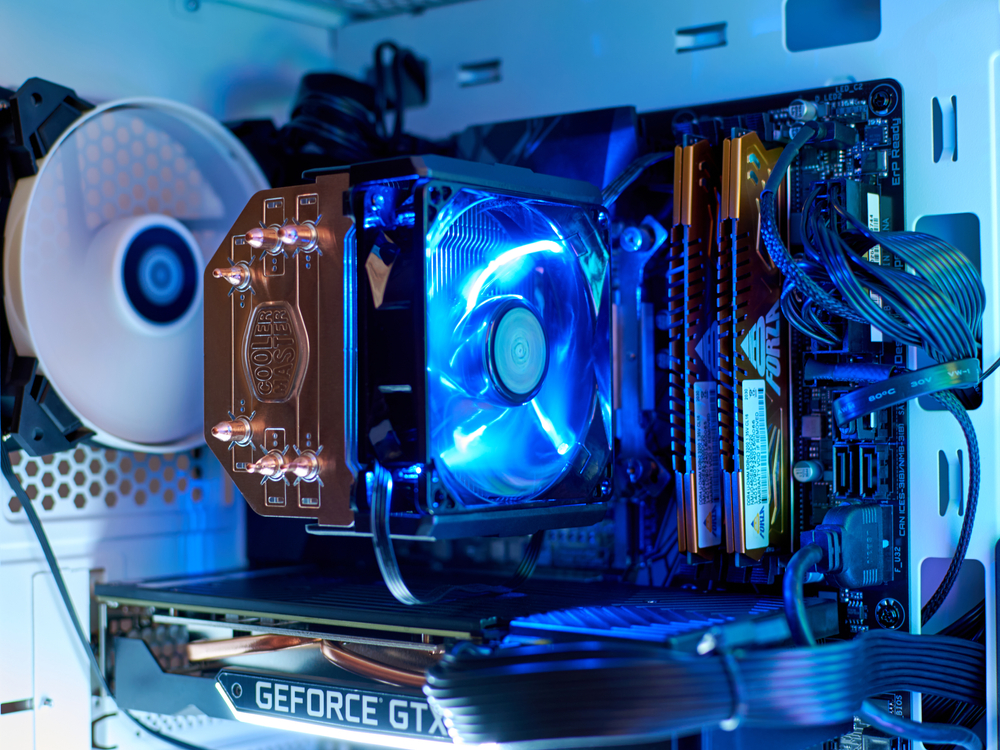 If you’re looking to build a new PC or improve the performance of your current one, you may be wondering about CPU coolers. You may ask yourself: Are they necessary? What is their purpose?

Without a CPU cooler, your CPU will overheat in a matter of seconds. Luckily, most AMD and Intel CPUs come with a CPU cooler, so you don’t need to worry about immediately buying an aftermarket CPU cooler.

So, you should only consider upgrading your CPU cooler if:

In this in-depth guide, I’ll cover everything you need to know about CPU coolers and when the right time for an upgrade is.

Why Are CPU Coolers Important?

Every computer is equipped with a CPU that functions as the brain of the computer. Without it, your computer wouldn’t even be able to turn on. The CPU is responsible for executing every task and telling the other computer components what to do.

As such, CPUs are the most essential component of your computer. However, they are vulnerable to temporary malfunction or permanent failure if overheated.

CPU coolers are used to maintain CPU temperatures to ensure your computer’s stability.

All CPUs have their own maximum allowable temperature. If the temperature limit is exceeded, the CPU will deteriorate in performance.

Do CPUs Come With Their Own CPU Cooler?

The majority of CPUs from Intel and AMD come with their own cooler.

Intel CPUs marked as ‘Unlocked’ won’t come with a dedicated CPU cooler. This is because unlocked CPUs are meant for overclocking and require more intensive CPU coolers to run efficiently.

For AMD CPUs, only high-end models such as the Ryzen 9 5950X or Ryzen 7 5800X don’t come with CPU coolers. This is because AMD recommends that these high-end CPUs be cooled with liquid cooling or any other high-end cooler.

In general, the stock CPU cooler that comes with your CPU is adequate for normal day-to-day usage. However, your stock CPU cooler may underperform in its heat dissipation ability for intensive gaming or 3D rendering tasks.

If your computer is used for high CPU capacity tasks, I recommend upgrading to a reputable third-party CPU cooler.

I’ll discuss when you should consider upgrading your CPU cooler later on in this guide.

How To Monitor My CPU Temperature?

The best way to check your CPU temperature is using a free program called HWiNFO. Once installed, HWiNFO provides real-time monitoring of all your hardware components.

So, you can easily check the temperature of your CPU and see if there’s any overheating.

Another way to check your CPU temperature without installing any software is going into your computer’s BIOS setup. However, you’ll need to restart your computer each time you need to access the BIOS, so it’s generally not recommended.

The exact temperature your CPU can handle depends on which processor you have. However, I’ll go over a few basic guidelines that serve as a good rule of thumb for most CPUs.

When your computer is idle and not being used, optimal temperatures are anything around or under 50 degrees Celcius.

If your computer is under load as you’re playing video games or rendering videos, a safe CPU temperature is anything under 80 degrees Celsius.

However, if your CPU reaches above 80 degrees Celcius, you should check your computer for broken fans or dust accumulation. Furthermore, overclockers should dial down their settings once severe temperatures are reached.

What Should I Do if My CPU Temperature Is Too High?

Overheating is usually the issue if you’re experiencing your computer shutting down, locking up, or performing sluggishly during intensive tasks.

So, there are a few jobs you can perform before considering purchasing a new CPU cooler.

Dust accumulation is the number one cause of high CPU temperatures. PC users typically never clean out their computers, thus allowing dust to build up. Dust can clog your fans and crucial airway paths, causing your CPU to overheat. So, pick up a can of compressed air, open up your computer, and wave goodbye to a dusty computer.

While your computer is already open as you’re cleaning out the dust, be sure to check that the fans are working correctly. Ensure that each fan is pointed in the correct direction and that the vents in your computer aren’t blocked.

Although this is a more advanced remedy, you should consider removing the old thermal paste on your CPU with rubbing alcohol and applying a fresh layer. If you’ve had your CPU for a few years, there’s a good chance the thermal paste it came with has dried out. This will cause your CPU temperatures to spike higher.

When Should I Upgrade My CPU Cooler?

If you’ve tried remedying your overheated CPU with the above methods without any success, you should consider upgrading your CPU cooler.

There are also two other situations when you should consider upgrading your CPU cooler.

The first situation is if you perform intensive computer tasks or often overclock your CPU. These specific actions require more CPU intensity and cause higher temperatures.

Furthermore, stock CPU coolers are usually noisier than aftermarket CPU coolers. So, if the current noise level of your CPU cooler is bothering you, I recommend opting for an upgraded CPU cooler.

See also  Sys Fan vs CPU Fan: What's The Difference Between Them?

Either way, there are a variety of budget-friendly CPU coolers that perform much better than stock CPU coolers.

The Different Types of CPU Coolers

Air and liquid are the two primary types of CPU coolers. Although both perform the same function, air coolers are typically more straightforward, less expensive, and potentially louder.

Air coolers utilize heatsinks that use copper and/or aluminum in order to transport heat from the base of the cooler through heat pipes on the heatsink. Then, the fan blows air through the heatsink to move the hot air away from the CPU.

Liquid coolers are usually utilized by advanced PC builders who want to achieve a beautiful aesthetic.

They perform the same way as air coolers but replace the copper heat pipes with thermally conductive liquid-filled tubes that are pumped to a radiator. The radiator moves heat outward, and cool liquid runs back to the CPU to repeat the cooling process constantly.

High-end liquid and air coolers will perform remarkably similarly, so it’s up to the user to decide if they want the superb design liquid cooling provides.

In summary, CPU coolers are completely necessary, and most modern-day CPUs come with a stock CPU cooler. The stock CPU cooler is likely sufficient enough to prevent your CPU from overheating.

In fact, casual PC users shouldn’t consider upgrading their CPU cooler and should allocate the money towards different computer components.

However, you may need to upgrade your CPU cooler depending on what you use your computer for. If you’re a power user and your CPU consistently runs near 100% utilization, there are likely thermal inefficiencies.

An upgraded CPU cooler is recommended if coolers provide even more thermal efficiency and run quieter than stock CPU coolers.

Do I Need To Buy a Separate CPU Cooler?

If your CPU doesn’t come equipped with a dedicated CPU cooler, you’ll need to purchase an aftermarket CPU cooler. Never turn on your computer without a CPU cooler installed. If your CPU comes with a stock CPU cooler, it will be sufficient enough to perform most tasks. However, overclockers should consider buying a separate CPU cooler in order to overclock their system efficiently.

Do I Need a CPU Cooler for Gaming?

Gaming is an intensive computer task that requires a lot of processing power from your CPU, depending on which game you play. For this reason, a CPU cooler is more than necessary for gaming. An overheated CPU can cause stuttering, frame rate drops, and automatic computer shutoffs.

Do I Need a CPU Cooler if I Have Case Fans?

Even if your computer has case fans, you’ll need a dedicated CPU cooler that transfers heat from the CPU to the air inside your case. The fans will then be used to blow the hot air out and pull in new cool air from outside the case. Most CPUs can survive a maximum time limit of a few minutes without a dedicated CPU cooler before overheating. CPUs get extremely hot and require concentrated cooling through a CPU cooler.