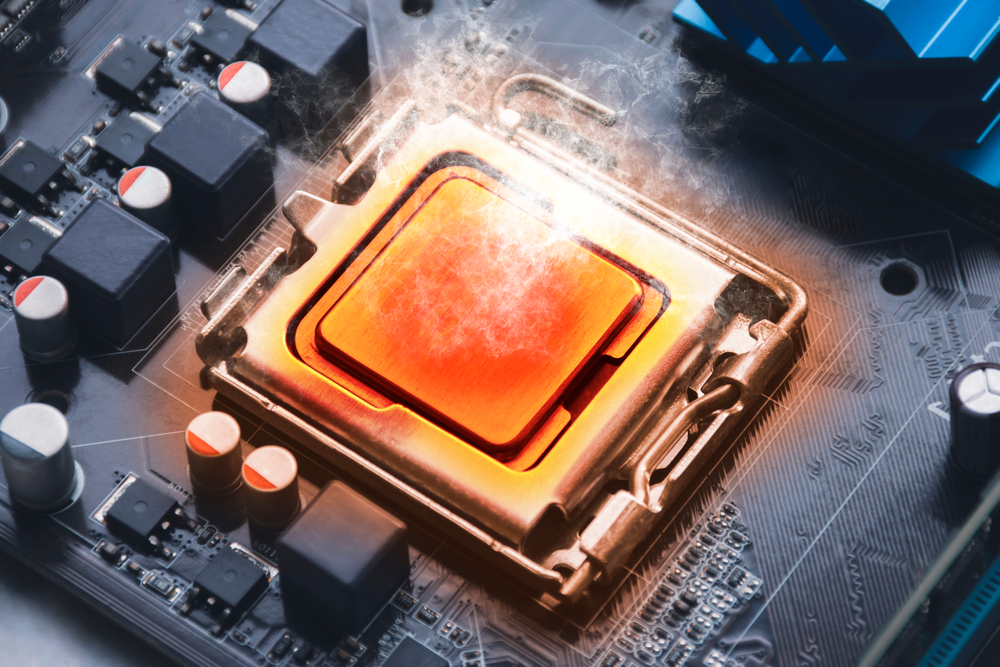 It’s a shared goal of every PC gamer and building enthusiast to have a PC that operates at peak performance consistently. There are a few different factors that play into this: the capabilities of your components, the temperatures they operate at, and the tasks you use them for.

In relation to operating temperatures, a general rule of thumb is that lower temperatures will, over time, increase the longevity of the component. It also keeps it functioning at its maximum capability, since rising temperatures require more power from the fans and thus draw power away from the rest of the system, and the heat slows down data transfer.

For a CPU, 60°C is a great temperature. Ideally, your CPU should remain under 80°C when under heavy loads; 90°C is where you start getting into overheating territory. When idle, the CPU should sit around 40°C to 50°C, so 60°C should be the goal for heavy loads like gaming or editing. 60°C isn’t the best temperature, but it’s safe.

So, what should your CPU run at during certain tasks? What causes a CPU to overheat? What happens to an overheating CPU?

How Hot Should a CPU Run?

CPUs, like every other component in your computer, fluctuate drastically in performance depending on what task you are using them for. As such, the temperatures can vary widely for different tasks, depending on the stress it places on the CPU.

In this section, I’ve outlined the ideal operating temperatures of a CPU when using it for either gaming, multitasking, or simply browsing.

Gaming can place a lot of stress on your CPU, particularly when playing dense, graphics-heavy games that require a lot of computational power. The bigger the game, the harder your CPU is going to work to produce the necessary power.

For most games, the CPU’s temperature should hover around 60°C to 70°C, depending on the demands of the game. If you’re playing heavy-duty games like The Witcher 3 or GTA V, a CPU with suitable cooling will run around 80°C, give or take.

For lighter games, especially esports titles, the stress on the CPU isn’t quite as high. With games like these, expect a temperature of around 70°C. Take note that these figures are derived with a suitable CPU fan and case cooling system in mind.

Multitasking is generally in reference to running several applications on your system at the same time. Depending on the intensity of each application and how much CPU power they require, the ideal temperature can fluctuate.

For multitasking that includes editing applications or servers, your CPU should run around 70°C to 80°C. On the other hand, light multitasking like having several browser windows open and perhaps a Microsoft Office app, you can expect 70°C or lower.

Browsing is a relatively undemanding task for a CPU. As such, it places much less stress on the processor than multitasking or gaming, so expect lower temperatures. For most browsing purposes, the CPU shouldn’t top 60°C.

Temperatures over 60° aren’t going to destroy your CPU, but if it’s hotter than 60°C while light browsing, it could mean your CPU fans aren’t working properly. If the CPU fans are underperforming, your CPU might overheat when gaming or multitasking.

Why Do CPUs Overheat?

There are a few different driving factors that cause a CPU to overheat. Knowing the limitations of your CPU and being able to identify what’s causing the overheating will help you avoid damaging your CPU in the long run.

Here are four of the most common causes of overheating:

The most obvious factor in overheating is putting your CPU against a task beyond the capabilities of the processor. This could mean using an older CPU to play a new, heavy game like Cyberpunk 2077, or running a 3D rendering app on a CPU that has too few cores or too little processing power.

High stress environments like this can cause the CPU to work harder than it should, which raises the temperature significantly. Also, high stress tasks that are technically possible for your CPU to manage can, over time, cause your CPU to overheat, since it has to work at its maximum potential for too long.

Another common cause of a CPU overheating is a faulty fan, or insufficient cooling in general. Most gamers have fans in their systems, rather than liquid cooling, but fans malfunction as they age and accumulate dust.

If your fans aren’t running fast enough or aren’t powerful enough to cool the CPU faster than it’s heating up, your CPU will overheat. The easiest way to avoid this is to make sure you have a good case fan (or fans), a good CPU fan, and good airflow around your case.

When a CPU nears the end of its life cycle, it starts to prioritize where its power is going to, or sometimes circuits simply short out. When this happens, the fans designed to keep the CPU at a safe operating temperature won’t function properly.

Since the CPU loses some of its ability to regulate temperature, it will overheat and eventually die completely. You can avoid this by testing your CPU to make sure it’s still functioning, then troubleshooting from there.

Thermal paste, or compound, is the material that you coat on your CPU when you first install it. Some come with the compound already applied, but it will eventually dry up. When the thermal compound dries up, it stops functioning as an effective barrier for temperature.

See also  Is CPU or GPU More Important for Gaming?

To fix this, you’ll need to reapply the thermal compound. Even if you change the compound before it’s fully dried up, this should help keep your CPU a bit cooler than it was before. If you neglect to reapply thermal compound, your CPU has no barrier against the temperature it generates directly from the chip, which will cause performance issues and eventually damage.

Is a High CPU Temperature Bad for the CPU?

Over time, yes. High temperatures (essentially anything at or above 90°C) will cause performance issues with the processor and damage the circuits and CPU pins that conduct currents. You should always monitor your CPU temperature when gaming, as this is generally the highest stress that you can place on the CPU.

If you notice that your processor is having trouble staying below 90°C when gaming, or even browsing or multitasking, you’ll want to figure out where the problem is. Check your CPU’s capabilities to make sure you’re not overworking it first.

If that’s not the problem, you’ll want to investigate the common causes listed above and troubleshoot accordingly. High CPU temperatures will cause your processor to die prematurely, which is an expensive replacement, particularly when it can be avoided.

60°C is an ideal temperature for a CPU when using it for regular tasks like browsing and light gaming. You’ll only need to worry about overheating if your CPU breaks 90°C when gaming. In that case, you’ll have to figure out what component is failing to do its job so you can bring that temperature back down.

An idle CPU would ideally sit around 40°C to 50°C, but higher temperatures aren’t necessarily a bad thing. If your CPU is hotter than that while idle, your computer could be running too many things in the background, causing it to be hotter than it should be.

Is 60°C Hot for a CPU While Browsing?

While browsing, a healthy CPU in a fully operational system should rest right around 60°C, depending on how many windows and tabs you have open at the same time. CPUs with low core/thread counts might get hotter than CPUs with more while browsing in multiple windows, since the fewer cores/threads are working harder.