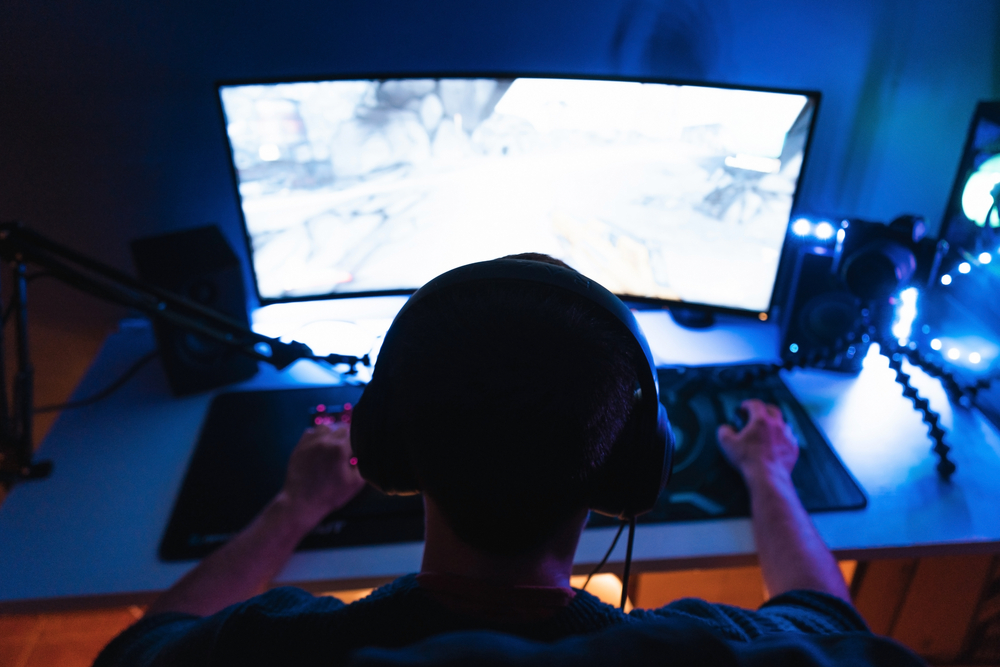 Gaming has become globally popular in a way that many did not see coming. Millions of gamers, both on consoles and their own PC, connect on a daily basis to game both casually and competitively. Because of this, there has been a greater focus on the specifications of each gaming setup.

For PC gamers, an important consideration is refresh rate. Hardcore gamers will be quite specific about the specifications that they adhere to. There is some debate about what a “good” refresh rate is. Most hardcore gamers will not use anything higher than 1ms, which is considered the optimal setup. Having said that, most won’t be able to see a noticeable difference even as high as 4ms, making it a fine choice for the vast majority of gamers.

When choosing any spec, it is important to keep in mind what level of gaming you are doing. The vast majority of the world is considered casual in some way. They are playing for fun and achieving optimal results may be preferred but is not necessarily required.

That said, hardcore gamers have different expectations and requirements. Most hardcore gamers are competitive, meaning they play for cash, prizes, and other rewards. Having optimal specs can make the difference between winning one of the aforementioned awards and losing out.

Hardcore gamers are also more likely to be infinitely pickier about their specifications. Even if they can’t necessarily “see” the difference in response time, it can change their approach and ultimately impact their gaming experience. Competitive gamers will always opt for what is considered to be the best on the market in hopes of gaining a competitive edge.

What is Response Time?

Let’s take a step back: what is response time to begin with? If you are a hardcore gamer, you already know, but response time is how quickly it takes a pixel to change from white to black or from one shade of gray to another.

The quicker pixels can change, the more accurate the image will be. The clearer the details, the greater clarity in which those images can be viewed. In gaming, be able to clearly see the entire screen is invaluable to the experience

What Effect Does Response Time Have?

In gaming, it is all about moving objects. When a monitor has a higher response time, it has more trouble displaying those fast-moving objects clearly and accurately. When that happens, there are two impacts in particular: motion blur and ghosting.

As we have covered, the reason for a low-response monitor is to combat inaccuracies in fast camera movements. Ghosting (and motion blur, which is below) happen for much the same reason.

The pixels on a high-response monitor don’t have a chance to catch up with the movement, failing to change color properly. When an object moves and the response time can’t keep up, you may see a faded silhouette of that image – or a ghost.

Perhaps the most common impact of a high response time is motion blur as the camera moves. It is also the most noticeable effects, particularly to gamers who spend their time with their eyes trained on their screens.

Motion blur on high response monitors have difficulty with fast movements. When this happens, the pixels don’t have enough time to properly change, which creates a blurred image. It is not only a problem in more competitive gaming, but it can also result in motion sickness, as well.

What are the Best Response Times for Gaming?

The best rule of thumb to follow when it comes to response time for gaming is the lower, the better. That said, the technology of your monitor choice definitely matters. And there are two kinds of monitors to choose from.

You will typically choose between twisted nematic (TN) and in-plane switching (IPS). Both of them have their own distinct advantages and disadvantages, right down to response time. IPS models have better clarity but can’t go below 4ms. With TN, meanwhile, you can get down to 1ms but it might not be in the highest resolution.

Is 4ms a Slow Response Time?

Many hardcore gamers will say that they would never go with a 4ms response time out of their monitor. The simple fact of the matter is that the human eye really can’t discern the difference when you start getting that low in response time.

Casual gamers can drop down into the 7- to 10-ms response time and not really notice a difference. Frames refresh at such a rate that it would be extremely difficult to tell. Some will swear they can see the differences, but they are miniscule at best.

Hardcore gaming means seeing things as clearly as possible. And while 1ms will be the industry standard, 4ms is considered to be largely okay for anything below the upper-echelon of competitive gamers.

The Difference Between Response Time and Latency

While playing, there may be a bit of a “lag” between hitting a button and the action taking place on screen. Believe it or not, this is not the response time at play. It is called latency or input lag and is entirely different from response time.

The thing that leads to confusion is that latency specs are rarely listed on monitor specs. There are a few companies that test for latency on their high-performance monitors. Lower latency monitors, along with a lower response time, help to create a smoother representation of the images that you are seeing. This means less interruption and less potential error in what you are seeing (or aiming at).

Hardcore gamers will know the difference between the two as there are a number of factors that impact the overall “smoothness” of gameplay. Even though it is often confused with refresh rate, latency issues are actually the result of network hardware.

The vast majority of the time, latency issues come down to the location of your remote server and connection, internet routers located between your gaming device and server. This includes tablets, smartphones, gaming devices, etc.

Now that you know the difference between response time and latency, it provides a little more clarity for how to resolve latency-related issues. There are three methods in particular that can help mitigate latency issues and get the most out of your internet connection.

The most effective way to combat issues with latency is to have a wired connection. Wireless connections have a number of factors that could potentially weak or interrupt the signal, which would have an exponential impact on your gaming experience.

You can combat most connection-related issues by going with an ethernet cable instead. This not only ensures that you won’t drop connection, but that you get a higher level of performance, too. The vast majority of serious hardcore gamers will have a wired connection to ensure that they stay in the game at all times.

Depending on your setup, a hardwired connection may not make the most logistical sense. Going wireless has its obvious advantages, but there is always the chance of the connection weakening or breaking entirely.

If you are staunch in your belief of using wi-fi over a wired connection, consider upgrading your bandwidth. It will cost you, but having more bandwidth than you think you need means lower latency and a better performance from your internet connection. Both of which are optimal for those who game through a wireless connection.

For this, you don’t even need to have an issue with latency. It is a good idea to unplug your router from time to time in order to reset the hardware. Resetting the hardware is also a great way to ensure that there are as few internet signal delays as possible.

The Final Word on Response Time and Latency

As you can see, there are myriad potential issues that can arise while gaming online. If you are competing for money or prizes, it is of the utmost importance that you be able to see the game clearly and precisely.

Though hardcore gamers will swear by 1ms response time, a 4ms response time is probably fine for the vast majority of gamers of all levels. This, combined with proper measures to limit latency issues, can result in a much clearer picture of the game.