With the surging popularity of online gaming, more and more people are starting to build their own PC. Customized gaming setups means being able to pick the components that best suit your needs instead of having to compromise with something that has come out of the box.

When it comes to storage size options, you may be wondering whether or not 1TB is enough to suit you. If you are a somewhat casual gamer who plays a single game for long periods of time, 1TB should be more than enough. But if you like switching up your games frequently, something bigger means not having to clear data as often when you want to install a new game on your gaming PC.

Why Do Games Need So Much Storage?

Storage for gaming has changed quite a bit throughout the years. That is partially because game files are becoming so much more comprehensive than they once were. Perhaps 15-20 years ago, you could find games that were only a few gigabytes in size.

But now, games can get to be 100GB or more in size. That facilitates the need for much larger storage capacity. This is largely in part due to the texture data, with 4K becoming one of the most popular options on the market today.

The simplest explanation is this: the more comprehensive the graphics and textures, the more data there is. The more data that there is in a game, the larger the file size. Which means needing a larger capacity storage unit to accommodate.

Important Factors in Storage for Gaming

To the uninitiated, PC gaming is all about graphics cards and processors. And while those are certainly vital for playing your favorite games at the highest speeds and quality, they aren’t the only considerations to be made.

Quite simply, you need to have ample storage space to accommodate. That not only means physical space for the game, but processing speed to display the graphics as they appear within the virtual environment. Here are the two most important factors in gaming storage.

We tend to focus on the raw storage capacity of our hard drives. And while those are certainly important, they are far from the only important factor involved in a storage unit. You should be paying attention to disk speed, too.

Most modern games feature worlds that are totally wide open. That means huge game sizes, sometimes in excess of 100GB in size. But most high-end graphics card only have 8GB to 16GB of VRAM. That VRAM is the speed in which the GPU processes all of the textures and graphics in the game.

When you have a disk drive that has quality speed, you can ensure that all the data produced by the GPU is read quickly. If it isn’t, then objects will pop into the environment late. In the worst case scenario, your game can freeze. Storage size is vital but don’t just ignore your storage speed.

We can’t talk about disk drives without discussing the storage capacity of the disk. Most modern games require that you download and install them, which means using up to 100GB or more for one game. With smaller disk drives, that can mean running out of space quickly.

If you find yourself switching up games quite a bit, then a larger drive is definitely the way to go. Most manufacturers offer a wide array of choices when it comes to disk drive size. You can go as low as 250GB and, in some cases, all the way up to 4TB of space.

What Storage Options are There?

If you are totally new to the world of building your own gaming PC, then you may think that all storage drives are the same. The simplest explanation is that there are two different types of drives: solid-state drives (SSDs) and hard disk drives (HDD).

It is important to note that, despite a lot of similarities (namely that they store data), there are crucial differences between the two.

Solid-state drives are more and more common considering that they are installed on the vast majority of machines rolling out today. It is a new-generation technology that uses integrated circuit technology in order to store the data on your computer.

Gamers have been slow to embrace it but SSDs have exceptional speed. They can be anywhere from 20 to 100 times faster than the average HDD out there. All of which means faster loading, faster booting, and quicker file transfers.

Perhaps best of all is that SSDs don’t have moving parts. If you drop or rattle an HDD, you run the risk of damaging it. But with an SSD, it should hold up to the blow without potentially becoming damaged or losing data.

There are plenty of gamers out there who are more than content using HDDs. For most computer models prior to the last decade or so, you would find HDDs in just about any computer that you purchased whole.

If you go with an HDD, you have to choose one that has the speed to handle the graphics of the game. These are generally cheaper than SSDs but that is because they make use of moving mechanisms that can wear down and become compromised over time.

Speed is the name of the game when it comes to your gaming PC. For that reason, it would make the SSD a clear winner. But it is not as simple as that. For starters, HDDs, despite their moving parts, are actually much more durable over time.

This is due to the fact that SSDs have a set write cycle. That means only being able to erase old data and save new data a set number of times. HDDs don’t have that issue. You can also obtain an HDD much more cheaply than their counterparts.

What Size Do You Need?

The biggest question you may have is what size storage device you need for your gaming purposes. Storage size comes down to the games that you are playing as well as the type of gamer that you are. More serious gamers have different needs from their casual counterparts.

If you consider yourself to be something of an amateur gamer, one who sticks with one game for a long period of time, then a 1TB storage drive will more than suffice. You may even be able to get away with a 512GB hard drive if you are really trying to save a few dollars.

For novices or those who are just getting introduced into gaming, a 500GB storage device should work just fine. This is a great option if you are looking to keep your budget in check and not spend a ton of money.

This is also suitable if you have a smaller gaming library and don’t swap between games frequently. As you start to become more experienced and add to your library, you may find that this one needs an upgrade.

This is perhaps the most popular option for gamers of all kinds. It is even more so due to the fact that 1TB storage options are also now more affordable than they have ever been before. You can stay on budget and still get a ton of storage for your gaming needs.

You also have the range to add more games, which allows you to partake in more games without having to erase or move games to clear out more space.

When you start to venture into the more serious gamer space, that is where disk size starts to grow and become more important. Seasoned and otherwise intense gamers will prefer 2TB of storage space for their setups.

This is because it provides ample space for not only their games, but for screen recordings of their gaming sessions and multimedia files as well. The cost is obviously quite a bit more but it can add up to a lot more storage capacity and flexibility as well.

It is important to keep track of those multimedia files, however. They can be storage easily online in the cloud for easier access and to keep storage space free on your physical drive.

These are your high-end disk drives. The higher you go in quality and storage capacity, the more you can expect to pay. These are generally only for gamers who are very serious about their gaming or are competitive.

There are few gamers out there who make use of this much space. If you are anything less than a dedicated professional gamer, there is little chance that you will even approach the 3TB mark or more. It would be overkill for most gamers out there, though there are worse things.

Should you decide to go with something this big, just keep the price in mind. There are disk drives out there that can cost hundreds based on their size and speed specifications.

Is 500GB SSD Enough for Gaming? 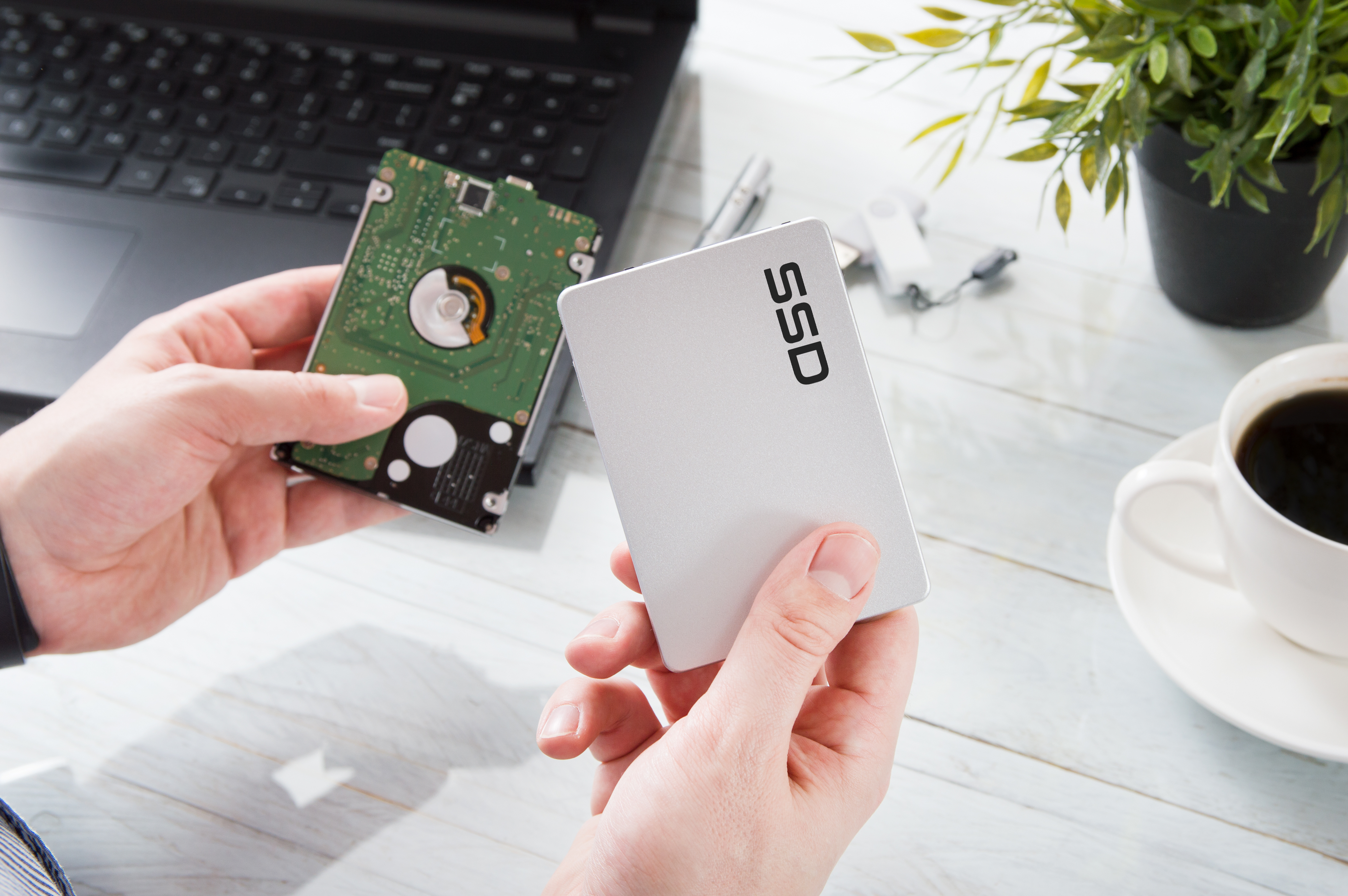