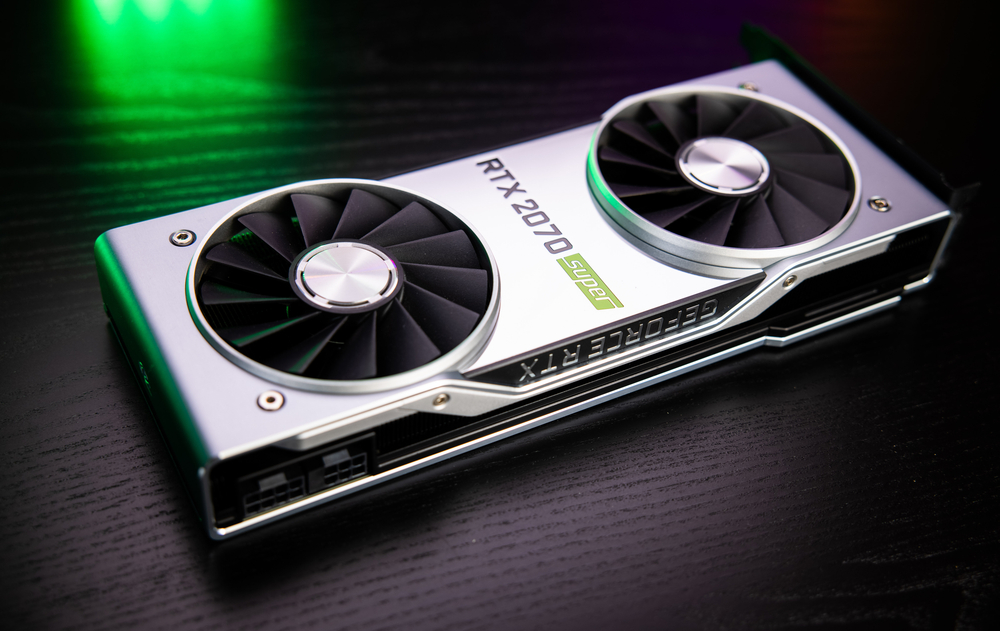 If you’re interested in upgrading your graphics card or display monitor, this guide is perfect for you.

The RTX 2070 Super crushes performance metrics on 1080p displays, but how exactly does it perform on 1440p 144hz displays?

As gamers, the worst feeling in the world is when our gameplay experience is ruined by underperforming hardware components.

Nevertheless, the RTX 2070 Super is capable of reaching 100+ FPS on 1440 144hz displays. However, it depends on which game you play. Lower graphically intensive games like PUBG, Valorant, and Warzone will run smoothly at ultra settings. More graphically intensive games such as ARK and Red Dead Redemption 2 may suffer performance drops at ultra settings.

In this in-depth guide, I’ll discuss everything you need to know about the RTX 2070 Super, and if you’ll be able to play the game you want at the settings you desire.

Let’s dive into the specs.

Any PC gamer who can afford a 1440p 144hz display should definitely consider buying one. However, this will require also owning a GPU that’s an RTX 2070 Super or better.

1440p is an enormous upgrade over 1080p and users are generally shocked when they experience it for the first time. Without even changing the in-game settings or GPU, everything in your game looks much more detailed and beautiful.

Furthermore, monitors tend to outlast computers in terms of longevity. So, getting a 1440p 144hz display is a way to future proof yourself for many years to come.

If you’re using a 2070 Super, I recommend getting a monitor with G-Sync. G-Sync monitors eliminate screen tearing that can occur when your FPS falls below 144. Since you can potentially suffer lower FPS on graphically intensive games, G-Sync monitors will keep your game running smoothly.

Which CPU Should I Pair With the RTX 2070 Super?

Even though the RTX 2070 Super can run smoothly on 1440p 144hz displays, an outdated CPU will deteriorate your PC’s performance.

For this reason, you’ll need a CPU that won’t bottleneck your GPU.

I recommend getting at least an Intel i7-7700K.

Furthermore, you’ll need a 650W PSU at the minimum along with proper cooling for your CPU and GPU.

The RTX 2070 Super is a fantastic card for 1440p 144hz gaming. You might not reach 144 FPS on every game at ultra settings, but you can easily get there by lowering the settings a tiny bit. Lowering your settings a few notches doesn’t even make a huge difference visually.

Furthermore, a G-Sync equipped monitor will keep your game running smoothly despite falling below 144 FPS.

Now, let’s get into the GeForce RTX 2070 Super benchmarks and see how this card performs on different games.

The first benchmark was conducted by BENCHMARKS FOR GAMERS on Youtube.

In terms of the other gear in his PC, he used:

Furthermore, these tests were conducted on a 1440p 144hz display at the highest graphic settings for each game.

Shadow of the Tomb Raider

This test involved another set of games along with different peripheral equipment.

Once again, all games were played at max graphic settings.

See also  Sys Fan vs CPU Fan: What's The Difference Between Them?

Ashes of the Singularity: Escalation

However, you can see it struggling on:

If you play any of these games or other games with similar visual intensity, you have three options.

The first option is to lower your in-game graphics settings. The visual effects will be a bit less detailed but the game performance will be much smoother.

Secondly, you can choose to purchase a higher-end graphics card if playing on ultra settings for these games is a necessity.

Lastly, you can opt for a 1080p 144hz display monitor. Your FPS will skyrocket on 1080p monitors but the graphic detail won’t be nearly as nice.

However, you may want to consider upgrading your GPU if you’re playing graphically intensive games and need to use ultra high settings.

Regardless of what game you’re playing, a 1440p 144hz monitor is drastically better than a 1440p 60hz monitor. Most people who switch from a 60hz display to a 144hz display notice a huge difference and can never switch back.

If you’re a gamer and have never tried using a 144hz display, I highly recommend you experience the fluidity it offers.

Which Higher End GPU Should I Buy?

If you’re playing games like Red Dead Redemption 2 or Grand Theft Auto V, it’s not a bad idea to go for a higher end GPU.

You won’t be able to make the most out of your 1440p 144hz display at ultra settings with a 2070 Super. For this reason, I recommend getting a RTX 3070 or RTX 3080. Although these are more expensive, they’ll be worth it for the gameplay experience they offer.

The exact monitor you buy depends on how wide you want the screen to be. These monitors usually come in 27 inches, 32 inches, or 34 inches. Personally, I enjoy playing on 32 or 34 inches because it feels more immersive.

Once you’ve picked your preferred size, you can then pick any 1440p 144hz monitor offered from reputable brands such as:

Furthermore, I recommend getting a monitor that offers IPS and G-Sync.