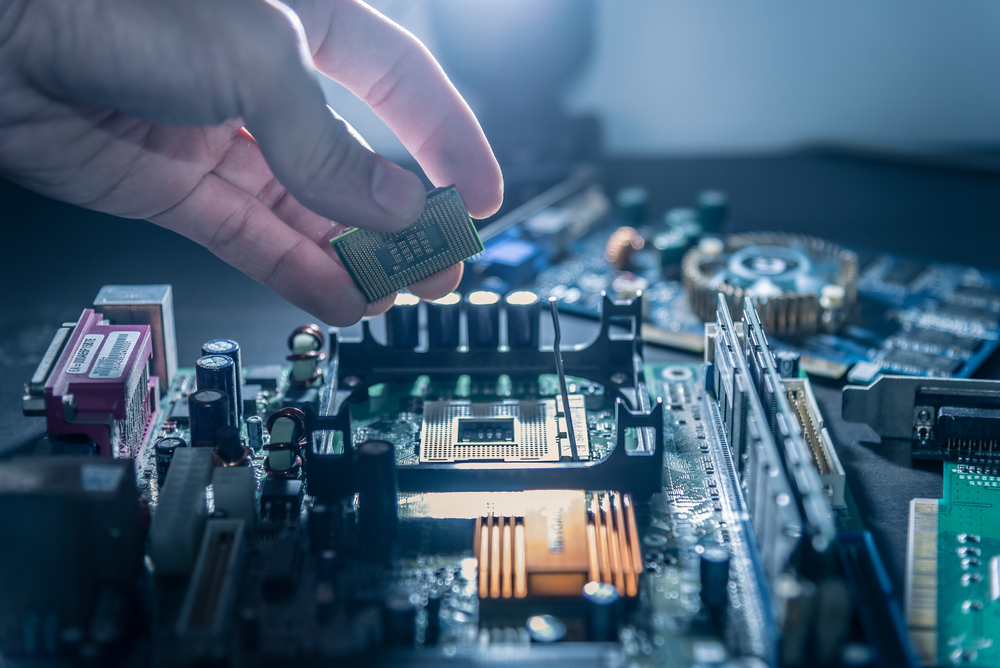 The ongoing plight for newer, better components is something all PC builders and enthusiasts share. As we upgrade our rigs, we have to be certain that every new component is entirely compatible with every other component we have.

You also want to make sure that, even if the upgrade is compatible with your current rig, the new components have the potential for future compatibility as well.

In this article, I’ll discuss the differences between upgrading Intel and AMD processors, as well as what steps you should take to make sure your BIOS is updated and compatible with your new processor.

Differences Between AMD and Intel CPUs

Since AMD and Intel have different prerequisites for upgrading CPUs, it’s important to know the differences between the two. By understanding the different needs for each brand of processor, you can avoid wasting money on the wrong components and potentially damaging your motherboard.

It’s best to err on the side of caution if your motherboard is older than the B450, though. By upgrading your motherboard as well, you ensure that the next time you want to upgrade your CPU, you won’t have to change the motherboard again. Also, newer motherboards can provide more power to the CPU, which helps your system function properly.

It’s also important to note that newer AMD processors that use the AM4 socket will not be compatible with motherboards equipped with AM3 sockets or earlier. While it is the same brand, the newer processors have different requirements than older ones.

You’ll also need to check AMD’s website to verify your motherboard’s BIOS is compatible with the CPU. If not, you’ll want to backup and update the BIOS before installing the new processor.

Upgrading Intel CPUs is a bit trickier than upgrading an AMD processor; for whatever reason, Intel designs their new CPUs to be incompatible with motherboards older or newer than the CPU.

Since Intel-compatible motherboards change with roughly each new generation of processor, you need to be on top of knowing what CPUs are compatible with your motherboard. Oftentimes, the processor upgrade will require a motherboard upgrade as well.

The easiest way to check compatibility for Intel CPUs is by reviewing the motherboard manufacturer’s website and checking what CPUs the motherboard supports, or vice versa. Keep in mind, however, that you’ll need to do this each time you upgrade an Intel processor.

Every now and then there’s an ambitious soul who wants to upgrade their Intel CPU to an AMD, or vice versa. Beyond ensuring that all of your other components are compatible with the switch, you need to make sure your motherboard will work with the new brand of processor.

It’s generally a better idea to just stick with your current brand of processor and upgrade within that manufacturer’s lineup, but keep in mind that cross-compatibility is negligible in the world of processors and motherboards.

Another key factor in upgrading your CPU is the BIOS. Many older motherboards are designed to be compatible with newer generations of processors, but you’ll need to update the BIOS to make it compatible.

This isn’t always the case, but it’s a good idea to do some research and make sure that your BIOS has the latest update. It’s important to note that updating the BIOS while you have a CPU installed can eliminate compatibility with your current CPU. That being said, research before you do anything.

You’ll also want to make a backup of your BIOS, if you’re as cautious as I am. By and large, swapping your CPUs is a relatively safe operation, but it’s always smart to take precautions in the event of the worst.

Every now and then, a motherboard will fail to support a newer generation of CPU due to its power consumption. As such, you’ll want to review your motherboard’s manual to make sure it can support the processor.

See also  Can You Use AMD GPU With Intel CPU?

Reading the manual will also help you identify other potential issues with your planned CPU upgrade, such as socket differences or even the capabilities of the motherboard as a whole. If you have to upgrade your motherboard along with the CPU, you’ll want to make sure the new motherboard can support all of your components and fit within the case.

At the end of the day, AMD CPUs are generally easy to upgrade due to the AM4 socket compatibility; you only need to make sure that your BIOS is updated and the motherboard can provide the necessary power to the CPU. Intel CPUs are a little more quarrelsome, so you’ll need to find which CPUs your motherboard can support and follow the same steps with BIOS.

As always: when in doubt, check the manuals.

Can You Put a New CPU in an Old Motherboard?

It’s likely not going to work with an Intel CPU, but AMD CPUs are generally much easier to upgrade. You’ll have to make sure that the motherboard can provide the necessary power and that the motherboard has the correct socket type. As a rule, it’s a good idea to keep your motherboard within a few generations of your processor for maximum functionality.

Can Changing CPU Damage My Motherboard?

If you don’t follow safe practices when making the swap, yes. Additionally, if you put a brand-new processor on an old, cheap motherboard, you risk damaging the motherboard or even the processor. Exercise caution when changing your CPU to avoid unnecessary damages so that your CPU upgrade doesn’t turn into a whole new build.

How Can I Tell if I Can Upgrade My CPU on My Motherboard?

The safest bet is to simply check the manuals for both your CPU and motherboard. You’ll be able to find what processors the motherboard can support, as well as what the processor requires from a motherboard.