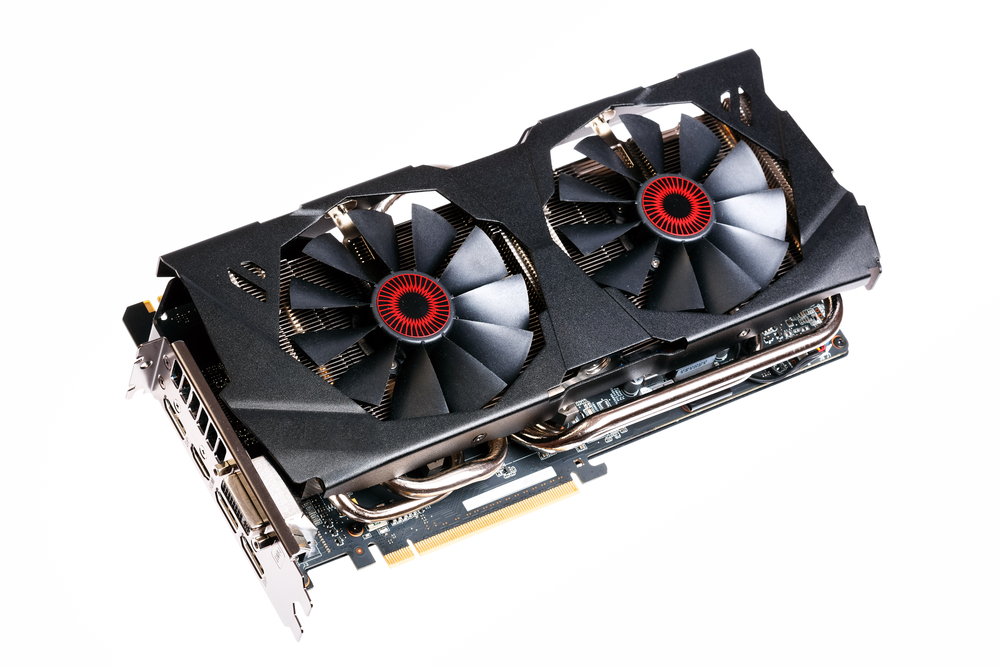 Nvidia’s GeForce GTX 970 has been on the market for seven years now, but its graphics processing power has stood the test of time. A great GPU option for budget builders who still want their rig to pack a punch, this GPU packs a punch stronger than you’d expect.

The GTX 970 can comfortably run most esports titles at 144Hz; you really only start to drop frames when you enter the realm of dynamic environments and other graphics-heavy games. Even if your monitor runs 144Hz, the GTX 970 does not have the processing power to play demanding games on high settings.

You can still play games requiring a higher refresh rate, but you’ll have to lower your game’s settings significantly to make it playable, if you’re as picky as I am.

Knowing that a GTX 970 can run games at 144Hz is helpful knowledge, so in this article, I’ll discuss some key aspects behind refresh rates in relation to the GTX 970.

I’ll also go over what kinds of games play best with it, and how you can give your GPU a refresh rate boost to enhance your gaming experience.

With that said, let’s get into it.

For starters, Hz in relation to graphics cards is a unit of measurement that represents how many frames can be projected on your monitor per second. The higher the refresh rate, the smoother your game will run, and you’ll run into problems like screen tearing and stuttering less frequently.

It’s also affected by your CPU but typically, your CPU will be able to support your GPU’s output, and your monitor should be capable of handling most games and tasks, so I’ll focus primarily on the graphics card.

The FPS output of your graphics card is the primary spec that dictates how many frames per second can be drawn from the GPU. The FPS of your GPU is not affected by the refresh rate of your monitor, though differences between the two can cause screen tearing or stuttering.

The higher your graphics card’s FPS, the smoother your game will look on screen, assuming your screen can match the GPU’s output.

With a Geforce GTX 970, you’ll be able to run most esports titles and a lot of graphically-undemanding AAA titles at medium settings or higher. You can overclock your GTX 970 to get a higher FPS output, but it’s best to keep it functioning normally long-term.

There are a few other ways to help get a smoother gaming experience, which I’ll get into a few sections later.

You can realistically run any popular game with a GTX 970, but the video quality depends on how graphically demanding the game is.

Most popular esports titles, like Overwatch, DOTA 2, and League of Legends will run smoothly on a GTX 970, assuming your monitor can match the FPS output of your GTX 970.

To ensure this, I recommend getting at least a 144Hz monitor; there’s no need to go above and beyond with a 240Hz monitor, as this GPU won’t be able to fully utilize that refresh rate.

The games you’ll run into screen tearing and stuttering with are those that are more graphically demanding. These tend to be solo RPGs with demanding graphics, or online multiplayer games that use the environment as the focus of the game. Such games include The Witcher 3, Grand Theft Auto V, and Kingdom Come: Deliverance.

Again, you can still play these games, but the gameplay will be choppier, and, to picky PC gamers, that’s a big red flag. When building a PC, always make sure your GPU and monitor are capable of matching the recommended specifications for your favorite games.

In short, yes, it can. The GTX 970 can be overclocked to produce 240Hz, but overclocking is bad for your graphics card (or any component, really) with extended usage. Also, to fully utilize that FPS output, you’ll need a monitor that runs 240Hz or higher.

You will have to play games on their lowest settings if you’re hoping to draw 240Hz results from your graphics card, so if you have a pension for beautiful game environments and crystal-clear visuals, you’ll have to increase your budget and opt for a newer graphics card. (Check out our helpful guide for purchasing graphics cards under $200).

You can also overclock monitors, though it’s best to play it safe and purchase a graphics card and monitor that complement each other and are both capable of running the games you want to play at the settings you prefer.

G-Sync monitors will also help you draw out the maximum FPS of your graphics card, which I’ll discuss in further detail below.

How to Increase Refresh Rate for GTX 970

You may be reading this article and wondering how you can increase the FPS output of your graphics card; if that sounds like you, you’re in the right place.

There are several ways for someone to increase the performance of their GTX 970, but in the end, you won’t be playing graphically-demanding games on high settings with any graphics card of this generation.

Here are a couple of ways you can draw the maximum power from your GPU and monitor:

Most importantly, G-Sync’s variable refresh rate function serves to adjust the refresh rate of your monitor to the FPS output of your graphics card depending on the immediate needs of whatever task or game you are running on your PC.

This means that if you are using a 144Hz G-Sync monitor with a GTX 970 and you’re running a demanding game like The Witcher 3, your monitor will increase its refresh rate (to the factory maximum) to match the speed of FPS your graphics card is putting out.

This results in a mitigated output relay between the two, which reduces screen tearing and stuttering to virtually zero. Conversely, if you’re playing a less demanding game like Overwatch, your monitor will decrease its refresh rate to match the slower output of your graphics card.

To be entirely honest, G-Sync monitors are often more expensive than they are worth, which makes them more of a niche peripheral.

You can just as easily increase the performance of your GTX 970 and the monitor you have by reducing your game settings to medium or low, depending on the graphics needs of the game in question.

Reducing the game settings means the game’s visuals are displayed with lower quality, but your graphics card can better handle the reduced quality, and so your gameplay comes out smoother. The only downside is the reduced visual quality, which might be important to some gamers.

If you’re a budget builder, I recommend fiddling with your monitor settings or game settings before making the investment in something like a G-Sync monitor; depending on your preferences, you might be able to find a setting that works for you and thus save you a bit of money.

In the end, it depends on the game you’re playing. The GTX 970 has been tested and proven to be able to run only 385 of the 1000 most graphically demanding games on the market today.

The highest FPS speeds of a GTX 970 have reached around 200 FPS on graphics-light games, but to fully utilize that you’ll need a monitor capable of handling it and the rest of your system needs to be on par with those performance goals.

Is Overclocking a GTX 970 Worth It?

You can overclock, but by buying a graphics card that will play at the speeds you want within its factory settings, you won’t run the risk of overheating your GPU. You’ll also be able to play demanding games with better performance.

It’s never a bad idea to start small and work your way up to where you want your PC to be, so if you’re operating on a tight budget, a GTX 970 is a great graphics card as a baseline to build up from.

The GTX 970 is a good graphics card for budget builders seeking to hit 144Hz with undemanding games. For better performance, however, you’ll want to look into newer graphics cards or a high-quality monitor with an adaptive sync function.

With a GTX 970, you won’t be playing any major AAA titles on max settings, even with an expensive monitor, so keep that in mind when shopping for a new graphics card.