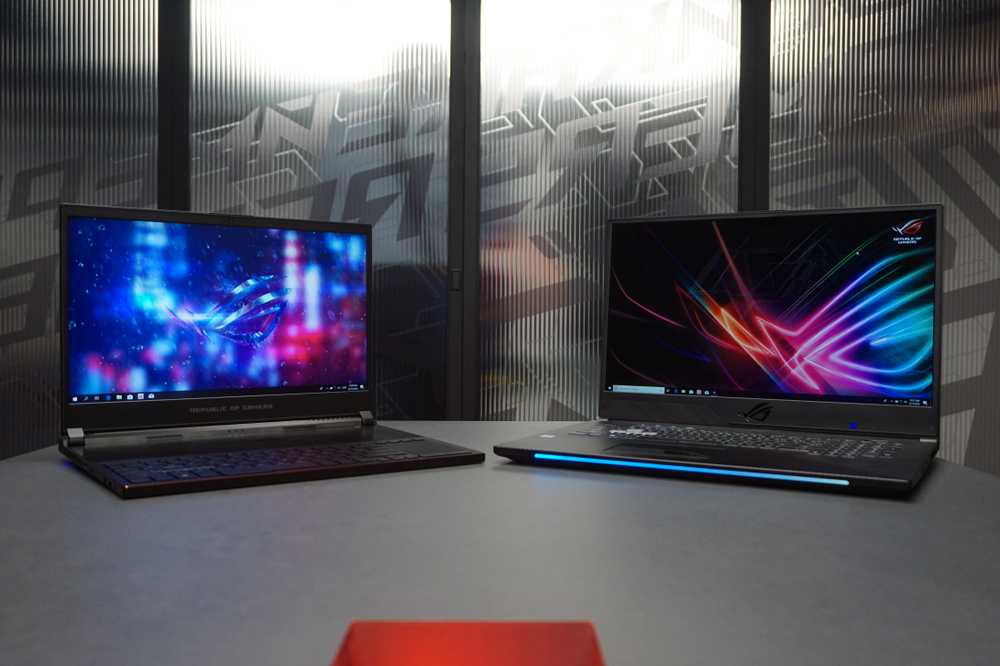 The urge to forgo a traditional desktop setup in favor of a portable gaming station is a difficult urge to ignore. After all, there are quite a few benefits to making the switch to a gaming laptop. Though, for some, the negatives outweigh the positives, leaving portability-curious gamers at a standstill.

Gaming laptops offer a host of benefits for gamers, primarily portability, versatility, and purpose, but not every gamer is lacking for these. In fact, the high prices and reduction in upgradeability and power are more than enough to turn some away from gaming laptops. The purpose of this article is to help you decide if a gaming laptop is right for you or not.

Gaming laptops are worth it for gamers that need a laptop for multiple purposes, including gaming, that can be taken anywhere and perform well at any task. However, for gamers that want their gaming rig to have the highest quality of components, easy upgradeability, and more power, a gaming laptop isn’t the move. If budget matters, opt for a desktop.

Why You Should Buy a Gaming Laptop

One of the obvious benefits of a gaming laptop is its portability. With a gaming laptop, you can start and stop gaming at a moment’s notice and be on the move in seconds. After all, it’s basically an overpowered laptop and can be treated as such.

Gaming laptops generally aren’t any thicker than a book, so they fit into bags easily and you can even purchase a handy case or cover for it to keep it as safe as possible. They are also only slightly larger than a traditional laptop, so they don’t take up a ton of space.

As such, you can bring a gaming laptop to a cafe, library, or even to the coffee table in your living room without worrying about having a place to set it. You can even play in your lap if you need to without much sacrifice beyond being able to use a Bluetooth mouse on a flat surface.

Another hefty benefit to having a gaming laptop is the fact that you can use it for more than just gaming. At its core, it’s just a small desktop and will operate on a Windows OS, so you can import all of your necessary applications.

This means you can use your laptop for school, work, and leisure without having to do anything more than closing one application and opening another. However, the urge to stop your work and game can be overwhelming for some, so keep that in mind before buying one.

Gaming laptops will also be better equipped to multitask than most regular laptops due to the hardware necessary for gaming, so you’d be better off compiling projects for work or school on a gaming laptop.

Not to be confused with their multipurpose capabilities, gaming laptops are extremely versatile. Beyond being extremely portable and able to handle schoolwork, work, and gaming at any given time, they also have a range of other useful functions.

Unlike a gaming console, gaming laptops generally have a host of ports that you can use to connect wireless keyboards and mice, as well as to connect them to a TV. This allows you to bring the desktop/console gaming experience anywhere you go, whether that be a friend’s house or your own living room.

Gaming laptops also have the ability to run mods, a large variety of which are designed to make games run smoother on your laptop. If the game is running smoother, your components aren’t overworking themselves and will last longer.

You can also install community apps like Discord and Twitch to keep in touch, whereas a console would make this either impossible or difficult, and a desktop would confine your online presence to your gaming desk.

One of the neatest features of modern gaming laptops is the way they look. Where you would generally need to purchase RGB-equipped components or lighting strips to beautify your tower rig, gaming laptops come with it included.

Many modern designs allow for per-key backlighting and have RGB features on the exterior of the case, making these laptops look great no matter where you are. They are generally constructed with a durable metal design, which looks slick and keeps your laptop from falling apart over time.

While gaming laptops are generally more expensive than comparable PC builds, the high-end portion of the spectrum contains some truly delightful features.

With the most expensive gaming laptops, you could brand-new GPUs and CPUs, as well as better fan setups, which make them better than desktop alternatives. The prices for those, however, are staggeringly high (generally $2000+) but are worth it for some.

With high-end gaming laptops, you also get more durable construction and better displays. The value of these doesn’t entirely offset the high cost, but makes gaming laptops worth it for those that don’t have the time to wait for PC component prices to drop or space for a full desktop setup.

Why You Should Not Buy a Gaming Laptop

No debate would be complete without the ugly side being on full display. This section details the main reasons why you might not want to buy a gaming laptop, the reasons for which should be weighed as heavily as the positives.

I mentioned earlier in this article that gaming laptops are a bit bigger than regular laptops and are designed with durable steel cases. Both facts are true, but both facts cause gaming laptops to be pretty heavy.

In particular, the best gaming laptops have the most features and newest components in them. This results in a heavier laptop, so your $2000 gaming laptop might weigh five pounds or more, which means you’ll need a durable bag to tote it around in.

With a good backpack or computer bag, the weight is less of an issue, unless you’re walking around with it all day.

Just like a cramped, small PC case will cause your PC to overheat easier, a gaming laptop has even less space and will cause heat buildup even faster.

Gaming laptops come with internal fans, but the limited space means these aren’t nearly as large or powerful as ones you would find in a PC tower. Also, in the close quarters of a gaming laptop, there isn’t much room for steady airflow.

This results in the laptop getting very hot, which is a big issue for lap-gamers. It also degrades the quality of your components faster, so you’ll want a gaming laptop that has a premium fan system to mitigate that problem.

As you might imagine, upgrading a gaming laptop is much trickier than pulling the cover off of your case and removing the components you need to, as you would with a PC tower. Well, the cover part is just as easy, but the upgrading is trickier.

For instance, gaming laptops aren’t designed for easy upgrades due to the way the manufacturer needs to situate the components in the hyper-small case. It’s possible to upgrade, but you’ll need to be very familiar with the anatomy of your laptop and the upgrade capabilities it has.

You also won’t typically be able to upgrade the GPU or CPU, so the extent of upgradeability generally ends at RAM and, potentially, fans.

Without room for a full-sized PSU, gaming laptops are less powerful than a desktop rig. They still pack enough of a punch for most new games, but not quite as powerful a punch as a desktop.

You’ll also have to keep the laptop plugged into a power source to avoid overclocking your CPU and GPU, which can be a burden for those wanting to game on public transit systems.

As I mentioned above, gaming laptops are priced higher than comparable desktop rigs. Much of this is due to the way they are constructed, but they’re also overpriced simply because manufacturers know that people who need portable gaming will pay whatever they’re asked to for the benefit of portability.

There are some good gaming laptops that are priced modestly, but they underperform compared to what most new games need.

Overall, the decision to buy a gaming laptop should be made based on what you can afford and what you truly need. Gaming laptops are great for portability and versatility, but not great for wallets and power. You could also always opt for tablet gaming, which offers far fewer options but is much cheaper than a gaming laptop.

Is a Gaming Laptop Better than a Regular Laptop?

In general, yes. Gaming laptops are inherently more powerful and will run both games and ordinary applications faster than a regular laptop.

They can, but not as long as a desktop rig. This mostly comes down to the lack of cooling that a gaming laptop offers.