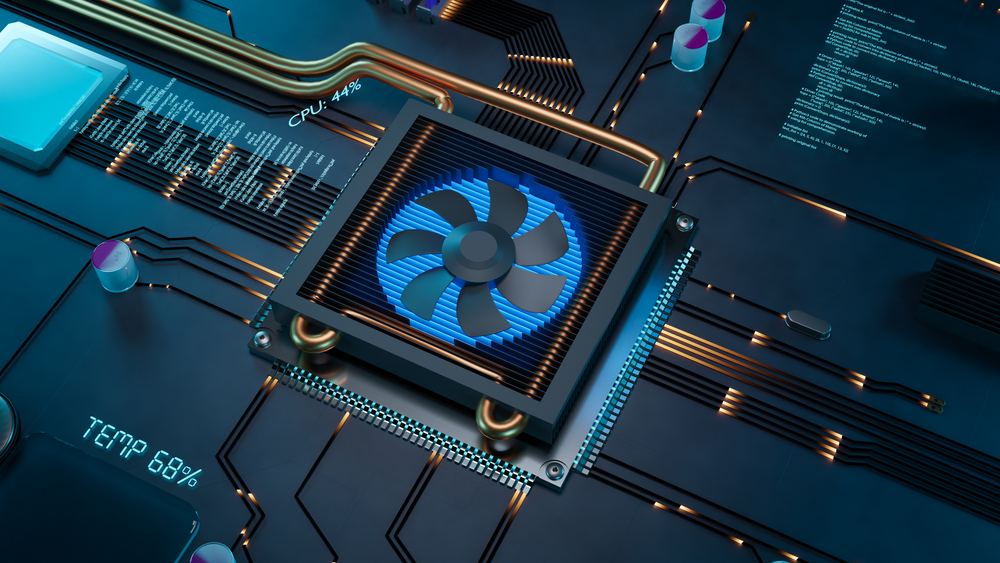 Your CPU undergoes a lot of stress when running your computer. In the end, it’s the primary component that controls all of the other functions and components of your system. As such, it’s necessary to keep it at a safe operating temperature to avoid overheating.

If your CPU fan isn’t working properly, your processor will get too hot and your system’s performance will drop. If there’s an issue with your CPU fan, you’ll likely see a message upon startup that says “511-CPU Fan Not Detected”. If this pops up, something is wrong with your CPU fan and needs to be fixed.

Knowing the potential causes of this error message is a good first step, but you’ll want to know how to isolate the cause so you can efficiently solve the problem.

There are a number of potential causes that would display this error message. I’ll go over each one in detail so that you can identify the cause quickly, and in the following section, I’ll explain how to solve these problems.

Physical damages are one of the easiest issues to spot with the naked eye, and are often the simplest to remedy. If your CPU fan, fan rotors, heatsink, motherboard, or any connectors have visible damage, they’re likely the culprit.

There are also physical damages that are harder to see, but with the CPU and its fans being relatively sheltered in the case, they’re less likely to happen. Such damages could include an electrical surge that fried circuits, in which case you’ll need to replace the damaged components.

Fans are generally the most susceptible to losing performance due to dust or dirt. As dust or dirt accumulates in the fans, they become heavier and harder to spin. It also keeps heat from escaping, since the airways between the rotors are clogged.

CPU fans should be cleaned as soon as you can see the dust accumulating, but if you regularly clean them with compressed air, you’ll avoid this risk entirely. If your fans become too dusty or dirty to clean properly, or the accumulation has caused other damages, you’ll need to replace the fan.

In order for your CPU fan to function properly, it needs to be securely connected to the motherboard and CPU. Sometimes, the cables are connected improperly from the start, which would cause this error message to appear shortly after you begin using the computer.

It’s also possible that some external force caused the cables to become disconnected, such as your tower being bumped or knocked over. In any case, the cables need to be fully connected and functional to provide power and direction to the CPU fan.

Your BIOS likely controls the fan speeds on your motherboard; this is the case with most modern computers. These settings can be adjusted to set custom fan speeds, including your CPU fan.

While it’s unlikely that you’d alter the settings without knowing, it’s important to check and verify that your BIOS settings aren’t prohibiting your CPU fan from functioning.

Since the motherboard provides power to all of your fans and peripherals, it needs enough steady power from your PSU to ensure everything is functioning. If your motherboard isn’t getting enough power, it won’t be able to power your CPU fan. You can generally avoid this by getting a high-quality motherboard.

Battery level issues could either come from the motherboard or the PSU, so if this is the cause of your CPU fan error message, you’ll need to figure out why the battery level is low and if you need to replace a component.

How to Fix Common Causes of Error

Now that you know what some of the common causes of the “511-CPU Fan Not Detected” are, you can hopefully isolate the cause of your problems. Once you’ve identified what the issue is, you can follow the steps below to solve the problem and get rid of the error message.

How to Fix Physical Damage

This is one of the simpler remedies. To determine if your computer has undergone any physical damage and solve the problem, follow these steps:

Keep in mind that without extensive knowledge of PC components, it’s easy to misdiagnose cosmetic damage from a serious one. Always consult your manufacturer if you’re in doubt to avoid spending money on a component you don’t actually need.

It’s important to note that your fans need to be not spinning when you clean them, as this can cause more damage to the fans. Additionally, only use compressed air for cleaning dust. Any form of liquid or other chemicals will damage your fans and, in the worst case, your CPU.

If you built your PC yourself, there’s a chance that you made an error when connecting the CPU fan to the motherboard. This results in decreased performance and the 511 error message displaying. To fix a weak or non-secure connection, follow these steps:

Weak connections can cause a variety of other problems as well, so you want to be sure that these cables are entirely flush with your motherboard. If the cables are firmly connected but still not working, your cables may be faulty, or there’s something else wrong with the CPU fan.

How to Fix the BIOS Settings

Every time you start up your computer, your BIOS performs a test to ensure everything is functioning properly. Custom settings can cause your CPU fan to fail the BIOS test, which results in the 511 error message appearing. You can remedy this by resetting your BIOS settings.

For the motherboard battery problem, you simply want to make sure your motherboard’s battery has a charge. Each motherboard does this differently, so consult your manufacturer to verify. If it’s charged and functional, it’s not the problem. However, if it is low on charge or not charging at all, you’ll need a replacement.

There are a variety of reasons why your system might be displaying the “511-CPU Fan Not Detected” error message. Most commonly, the issue is either damage, dust, weak connections, BIOS settings, or the motherboard’s battery. You can solve these easily by identifying the problem and following the proper steps to solve it.

Can a CPU Run Without a Fan?

You could, but you shouldn’t. Without proper temperature regulation, your CPU will get very hot, and the heat could damage your chip. Always run a CPU with a heatsink and fans.

How Do I Know if My CPU Fan is Bad?

Either by receiving an error message or by listening to the fans. If the fans are working excessively and producing a lot of noise, there’s likely an issue with regulating the fan speeds and CPU temperatures.