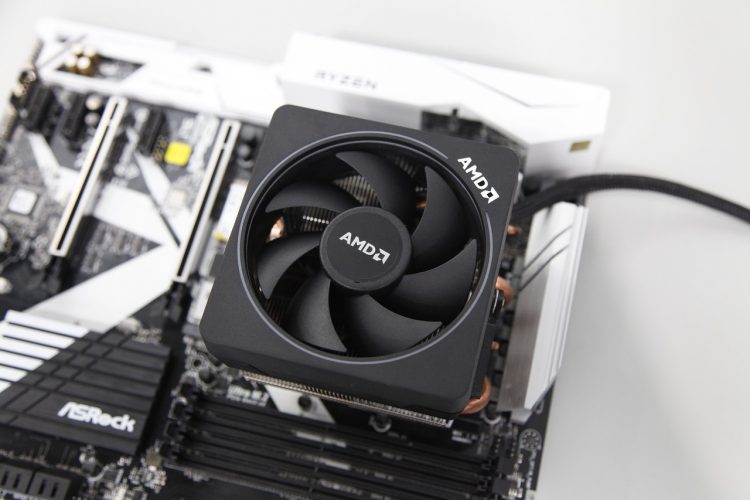 It’s time to take gaming to the next level with some of the award-winning AMD supported motherboards in the gaming industry. AMD CPUs, especially the ones from the famous Ryzen Series, need a high-end motherboard for seamless gaming performance. We have prepared a list along with a handy guide to help you choose the best AM4 motherboards for gaming.

There are a lot of things to consider when buying a gaming motherboard that supports AM4 socket. Navigate at the bottom to learn more about those factors.

AMD supported motherboards have limited backwards compatibility as compared to Intel. However, the lower price of the AMD CPUs doesn’t make you look back at the compatibility anymore.

Top 5 Best AM4 Motherboards for Gaming

Here we have reviewed some of the top-rated gaming AM4 motherboards that support Ryzen CPUs. You can choose the one that fits your budget.

ASRock is one of the most trusted brands when it comes to gaming motherboards. X570 chipset supports some of the high end gaming CPUs from AMD at the moment.

Despite being overpriced, this motherboard can be a great addition to your gaming rig. Some gamers have found it perfect for AMD’s top gaming processors like the Rzyen 9 3950X.

Moreover, it supports the PCIe 4.0 to get the best out of your external graphics card. ASRock X570 supports DDR-4 Ram up to 64GB for an unbeatable gaming experience.

The only downside to ASRock X570 lies in the cooling bracket. It still depends upon the cooling bracket from the Intel. So, there is no space for the bulky AMD coolers that come along with the CPUs. However, a third party cooler can get this job done.

ASUS Rog STRIC X470-F is one of the best AM4 motherboards for gaming until this date. Not because it is cheaper than the X570 chipset, just because it is backwards compatible.

We found this motherboard to be very thermal efficient as compared to others on our list. It comes with enhanced audio and networking, but it lacks POST Display and wireless networking at this point.

Despite its higher price tag, we still consider it an affordable choice when compared to X570 chipsets with the same performance.

If you are not a fan of PCIe 4.0 and POST Display, this old-timer can be an excellent choice to build your next-gen gaming PC.

ASRock Fatal1ty X470 is a true gaming motherboard with a mounted I/O shield and cool looking heat sinks with RGB lights. It has an eye-catching design which is harder to find in other X470 chipsets.

We found heat sinks on this motherboard to be smaller in size, this meant you got plenty of room for third-party CPU coolers.

Despite the lower memory speed and absence of the third PCIe slot, it still is the first choice of most gamers when it comes to AM4 gaming boards.

It comes with two M2 connectors; however, we found the second one to be slower in performance than the first one. Apart from this, it comes with five 3.1 USB ports and Creative Sound Blaster Audio.

It’s a mid-range AM4 gaming motherboard that can save you a few bucks to spend on other gaming accessories.

Another area where this motherboard shines is the Post Display. This is something that most hardcore gamers prefer in a gaming motherboard. with 4 DIMM slots, you can add ram up to 64 GB.

It is one of the fastest gaming motherboards in the market with rich features. However, we solely dedicate this to gamers and not the programmers.

Asus ROG Crosshair VII Hero is one of the expensive motherboards in the gaming industry. However, if we count on the features, then it worths the price you pay for it.

It has a premium feel to it with on-board buttons and Aura RGB light all over it. The metallic heatsinks add a more appealing look to the entire design of this motherboard.

It’s one of the best AM4 motherboards for gaming with multiple graphics cards support. Apart from that, you can install two M2 SSDs to build your dream gaming PC.

Going at the back, you get access o the nine high-speed USB 3.1 ports along with smart wireless dongle and Nvidia SLI bridge. It’s a top-performing AM4 gaming board to play the latest games.

It is a worth buying gaming motherboard for professional gamers. Unless you don’t want high-end features like SLI support or extra SSDs, you can stick with other gaming motherboards that come at an affordable price with rich features.

Well, MSI B350 might not be the best out there in the market due to its limited compatibility with latest Ryzen processor, but it’s the cheapest we got for you.

However, at a cheaper price, it still holds a lot more for a high-end gaming experience. With maximum CPU support up to Ryzen 7 and M2 SSD, you can expect a decent gaming performance out of this motherboard.

It packs some high quality on-board audio and USB Type-C connector at the back for fast data transfer. However, for a cheaper price, you cannot expect anything more than this.

All of its basic specifications make it a decent AM4 gaming motherboard for someone low on budget.

How to Choose the right AM4 Motherboard for Gaming?

All the gaming motherboards on our list support Ryzen Series CPUs. The Ryzen is the line of processors from AMD with single and multi-core performance.

Ryzen 3 Series holds the entry-level processors from AMD, while the Ryzen 7 and above features the high end processors with more cores and clock speed.

All of these processors from Ryzen Series are supported by AM4 socket. However, there are many things to consider while buying an AM4 gaming motheboard.

It is the main factor to consider while buying a motherboard, as it determines the compatibility of other features that are important in building a gaming PC.

An ideal gaming motherboard has at least 4 DIMM slots to extend memory. Apart from that, it depends upon the type, speed and size of the memory supported by your motherboard.

Most top quality AM4 motherboards support DDR 4 memory up to 64 GB.

An ideal AM4 gaming motherboard comes with ATX form factor to easily fit in all kinds of PC cases.

Micro-ATX motherboards require a compact case, and this will eliminate many useful external ports and internal slots from your motherboard.

Can I Upgrade My CPU Without Changing My Motherboard?

Why Is Only Half of My RAM Usable? [Find Out Now]